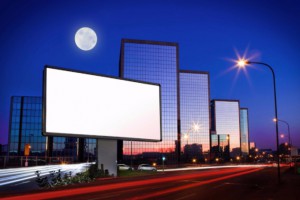 Companies achieve their advertising and marketing in a variety of ways. Should an advertisement on a billboard in Minneapolis of a stomach filled with toxic waste be allowed? The medical device manufacturing company known as Torax Medical has recently advertised on flashy, colorful billboards a medical device called the Linx, used to treat painful acid reflux.

Through the billboard, Torax hoped to spur people with gastroesophageal disease to visit an educational website and then speak with a doctor about using the Linx for suggested therapy. “We’d like patients to be more educated with their disease,” Torax Chief Executive Todd Berg said regarding the billboards and related online advertising. “No one should be afraid of an educated patient.”

In the past the medical device industry has typically only marketed its products to doctors rather than consumers. The American Medical Association, the nation’s largest and most influential physicians group, has called for an outright ban on marketing prescriptions and implantable medical device products directly to consumers. They believe the ads can be beneficial; however, their concern is a risk of artificially inflating the demand for products and treatments that are not suitable for every person with a specific disease.

“Today’s vote in support of an advertising ban reflects concerns among physicians about the negative impact of commercially-driven promotions, and the role that marketing costs play in fueling escalating drug prices,” said future AMA Chairwoman Dr. Patrice A. Harris in a November 2015 news release.

Other medical devices have previously been advertised on television, but the use of billboards is a new approach. Torax’s plan was to drive individuals to the informational website.

Time will tell the outcome of whether or not medical device companies will be allowed to advertise in this way and whether or not it will even be beneficial for them.

The future of this type of advertising may be unclear, but SEO Medical knows that building a quality website to attract clients by using SEO techniques is vital for physicians, hospitals and other medical facilities. Contact us today to discuss your medical marketing needs with a qualified marketing specialist.